Minnesota has so much more to offer than painfully cold winters.

Things You Need To Know About Minnesota Before You Move There

1. There’s A Festival For Everything

Minnesota has festivals and celebrations for pretty anything much you can imagine, all year round. From the Renaissance Festival & Art Fair in warmer months to the Saint Paul Winter Carnival and Holidazzle parade that take place when the snow hits, you’ll never be bored.

2. They Don’t Call It The Land Of Lakes For Nothing

Our license plates, claiming that the state has 10,000 lakes, are modest. Minnesota actually has 11,000 lakes with 90,000 miles of shoreline, more than that of Hawaii, California and Florida combined. So take a canoe out, go skating when the water freezes over or, if you’re really brave, jump into the icy depths during the spring for the Minneapolis Polar Bear Plunge.

3. You Can Keep Your Starbucks–We’ll Take Caribou 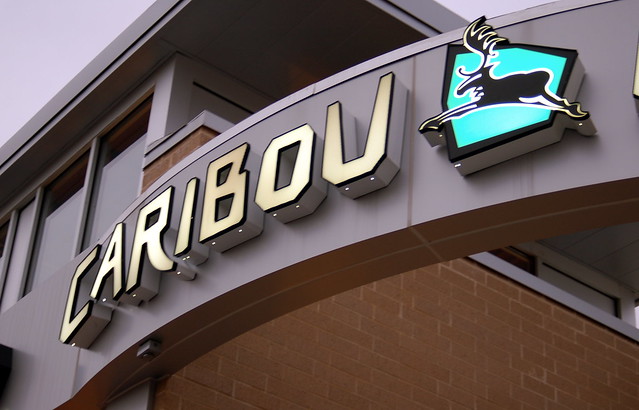 Caribou Coffee is to Minnesota what Starbucks is to, well, pretty much the rest of the United States. You can find one of those cozy coffee shops on almost every corner throughout the Twin-Cities region, and they’re a perfect remedy for when the winter blues start to hit. Nothing beats sitting on one of their plush chairs by the fireplace, with a hot specialty drink in hand, as you watch the snow fall outside from the warmth of inside.

Minnesotans have a tendency to speak their mind, while saying it in the nicest way possible. When you decide to dye your hair a bold new shade, don’t be surprised if someone compliments it with “that’s a very interesting color on you.” Some call it passive aggressive. We prefer “Minnesota nice.”

5. Minnesotans Have A Love-Have Relationship With Wisconsinites

The two bordering states have long since been touting a “my state is better than your state” attitude, from weather to restaurants and everything in between. Minnesota is full of Wisconsin-born residents, so most Minnesota dwellers fall into two categories: Minnesota Vikings or Green Bay Packers football fans. Just make sure you pick the right side.

While Minnesotans may not have a rivalry with our neighbors to the South, they do like to poke fun at those corn-field-loving Iowans. Don’t be surprised if you hear a joke like this: “Minnesota is getting a new zoo. They’re putting up a fence around Iowa.” It’s all in good sport, but expect some serious teasing if you’re and Iowa native.

Minnesotans are known for their iconic accent, (think “Fargo”) which are similar to that of their Canadian neighbors up north. You’ll either love or hate it but, regardless of how you initially feel, you betcha dat it’s goh-na grow on you.

8. Minnesotans Will Deep Fry Anything…

They’ve been deep frying food for years, from fruit (yes fruit) to candy bars and everything in between. Deep fried cheese curds are a local favorite. (I’m just going to overlook the fact that the cheese is probably from Wisconsin.)

9. …Especially At The Minnesota State Fair

Speaking of deep fried food, you won’t find as many options of these, um, delicacies, than at the annual “Great Minnesota Get-Together.” No worries though, if fried food on a stick isn’t your thing, there’s plenty of carnival rides, farm animals and musical performances to go around.

Minnesota has proudly birthed some of the most recognizable artists in the music industry. On top of that, there’s a fantastic music scene, with concerts year round and fantastic outdoor festivals in the warmer months, like the Midwest Music Fest in Winona.

11. You Will Freeze Your Ears Off In Winter

Let’s be honest, Minnesota winters are no picnic. Whether you’re slipping on black ice or getting your car stuck in the snow–all while the frigid wind is whipping right through your new Northface–it can be downright horrendous. But, once you embrace it, you can enjoy all the fantastic things a Minnesota winter has to offer, like sledding, ice fishing and warming up with a cup of hot chocolate.

12. Minnesotans Like Their Beer Local, Thank You Very Much

This state has a variety of its own locally brewed beers that can be found throughout bars and pubs across the entire state. If you open up a Minnesotan’s fridge, you’ll probably find a cold bottle of August Schell or Summit brewed beer. There’s surely something here for your taste buds, so drink up!

13. Minnesotans Don’t Know What Unemployment Is

Seriously, what is it? You can be sure to find a job here as Minnesota is home to an astounding total of 19 Fortune 500 companies. It also happens to have one of the lowest unemployment rates in the nation.

If you’re looking for cold and creamy ice cream, you can find it at Izzy’s. With locations in both Minneapolis and Saint Paul, it’s a local favorite. With both classic and inventive flavors, they have something for everyone’s taste buds. Brown sugar bourbon waffle cone anyone?

15. Minnesotans Were Eating Brains Before It Was Cool

Minnesota is the birthplace of the zombie pub crawl, and the event still takes place annually. Every October, you can stalk the streets of Minneapolis, roaming from pub to pub with fellow zombie lovers. So dirty a shirt, throw on some fake blood and join in the fun.

What genius came up with the idea of putting cheese inside the burger? Well, we don’t actually know. Two popular bars, The 5-8 Club and Matt’s Bar, both claim to have invented the Juicy Lucy (or Jucy Lucy, if you’re accrediting it to the former), and there’s no telling who’s right. Regardless, we do know it came from Minnesota, giving us bragging rights for this mouth-watering creation.

Minnesota has been listed as the most hipster state in the nation and, with it’s strong bike culture, great music scene and abundance of coffee shops, it’s not surprising. You’ll fit right in with your flannel shirt, oversized non-prescription glasses and opinions of what was cool before it became mainstream.

While Minnesota’s got some fantastic apple orchards that require a visit every fall, this state is also responsible for creating some of its own delicious varieties of the fruit. Scientists at the University of Minnesota crafted both the very popular Honey Crisp and the relatively new Sweet Tango. How do you like them apples?

19. Cross Country Skiing Is Kind Of Our Thing

While Minnesota may, admittedly, not have the greatest downhill skiing, Minnesotans make the best of what they’ve got. You can find some fantastic cross country skiing trails throughout the entire state, even around the metropolitan areas, like Theodore Wirth Park and Como Park.

20. You Can Thank Minnesota For Target

Minnesota is home to Target, and thus responsible for millions of hours gloriously wasted browsing everything from sneakers to dinnerware. You’re welcome.

21. Minnesotans Prefer To Eat Out Of Trucks

Some skeptics may turn their nose at the idea of being handed a meal out of a truck, but Minnesotans know better. Some really gourmet eats can be found in the food trucks that abound in many metropolitan areas. For tasty Latin cuisine try Hola Arepa or grab a bite from the Gastrotruck for some sustainable and eco-friendly mouthfuls. It’s where deliciousness meets practicality–what’s not to love about it..

22. You Can Take To The Skies Downtown